Why Our Teens Need to Learn to Code

Isn’t it time our teens and children learn how to code? Code is everywhere. It’s powering our smart homes, our smart cities and our smartphones. According to a recent study by le Figaro, European teens are spending up to one-fifth of their time during the week on media!

The programming language Python is powering everything from web applications like Dropbox to Google’s Autonomous Car. Even NASA uses Python for the management of its repositories of models.

Then there is Swift. Designed by Apple in 2014, Swift has become a dominant language with an appeal to young developers. From Yahoo Weather App to LinkedIn’s latest Slideshare app. In less than 24 months, Swift has quickly becoming one of the leading languages for apps.

If you own an iPhone, you have Swift in your pocket!

But not in our schools

Or, generally speaking, not so many of them. And that is a problem.

According to a recent study in Australia, 70% of young people are preparing for jobs that will no longer exist in the future. 70%! …perhaps there is some exaggeration here, but you get the point.

No, there is not enough computer programming being taught to children today. Not in Switzerland, nor in Europe, nor in the USA.

Take this. Even in California’s Silicon Valley, home to Google, Apple, Facebook, LinkedIn, WhatsApp, CISCO (and many more) very few schools offer computer science in core class offerings. This is changing, but ever so slowly and it isn’t clear what type of programming will be provided.

Nine out of ten parents want their children exposed to computer science. Educators and industry leaders believe that coding is a new type of literacy that should be available to everyone, starting at a young age. 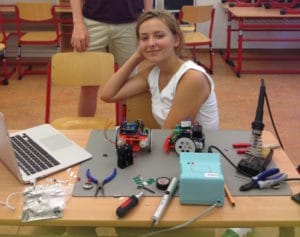 While we often hear complaints about how schools lag in math and science, we haven’t heard much disappointment about the lack of coding education. So why don’t schools don’t teach it?  Why are more parents asking?

Perhaps one reason is that schools simply don’t have the resources. As education costs rise, courses are cut and so is education staff. Or, maybe, parents just don’t expect schools to teach programming and mark it off as “generation” thing.

Let’s go back to the Australian study. If 70% of their youth is ill-equipped for the future or work, we can be pretty confident our statistics look somewhat similar.

The job market of the future will increasingly require that we have to educate ourselves in the direction that economic growth is pulling us, that is, in the disciplines where jobs are available.

This path increasingly includes computer programming, and that is why — urgently — we need to teach more coding alongside math, biology, and chemistry.

So why should we be teaching Python and Swift?

Python is a programming language that is powerful and fast. It is friendly, easy to learn, and it is Open. According to coders (and TechSpark Academy students), whether you’re a first-time programmer, or experienced with other languages, Python is easy to pick up.

More importantly, it’s appealing to younger coders (like Andrew, above) and is excellent motivation and inspiration for further adventures in coding.

Given that computer languages are becoming better, smarter, leaner, and easier to use, every student in Swiss and Europeans schools should have the opportunity to learn computer science.

Make 2016 the Year Your Teen Learns to Code!

If you are even remotely interested in programming, it’s worth it! Once this course has ended, I can use my knowledge to create Apps for OSX. – Julie, 16 years old, Swift student, TechSpark Academy

TechSpark Academy was established in Lausanne Switzerland to help fill the gap until traditional education catches up.

Our mission is to expose students to coding in a fun and interactive manner during school vacations, including Easter and Summer. We very much enjoy working with young student instructors from the EPFL to spark the learning process of teens and pre-teens.

Whether your children want to become a computer scientist or not, learning to code stretches their minds, helps them to think better, and last but not least, opens their eyes to what the world looks like behind the screen of a smartphone.

At our Easter camp in Lausanne and Geneva this year, we will introduce 9-17 year-olds to current software used by professionals to build apps, websites and computer games with a focus on languages such Python and SWIFT.

Treat your tweens and teens to a genuinely different kind of camp this Easter or Summer and let’s make 2016 the year they learn to code! Our courses and locations are listed here. 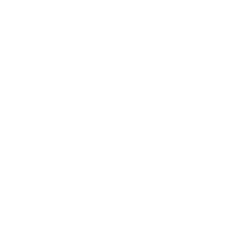